skip to main | skip to sidebar

So after a long wait she finally arrived! 2 days late but well worth the wait!
Michaela Elizabeth Arthur was born April 27th at 2:33 am.
She was 6 lbs, 15 oz and 18 inches long.

Marty is very excited to be a big brother, and has gotten the chance to hold and kiss her. He can't wait to show her all he cool toys!

Here are some of the pictures from our short time in the hospital, Enjoy!

Hanging out in the hospital.

Here is a video of Marty blowing out his birthday candle.
He did such a good job and had a blast with all his friends who came to celebrate.
I can't believe he is 2 now, and soon (hopefully) will be a big brother.

Still no action on the baby front. I am guessing/hoping she will be here by the end of the weekend. I was 2 days early with Marty but of course it is a shot in the dark as to when it will all happen.

We loved seeing all the family and friends this weekend and can't wait to have you all back to welcome Michaela home.

XOXO
Posted by The Arthur's at 4:56 PM No comments:

I can't believe that Marty will be 2 years old in just 4 days. Every time I think about it, I am amazed at how our lives have changed. So many things have happened since we were blessed with this little guy. From the hundreds of pictures we have I found at least one from each month and have brought them together in my own version of a memory book. I haven't the patience or creativity for real paper scrap booking, so this is what you get. Looking back he seems so small and new and now I can't keep up. I know he will always be my baby, no matter how big he gets. Please enjoy a look back at Marty as he has grown!

And in the Beginning! 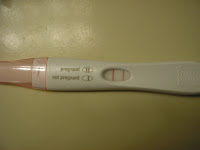 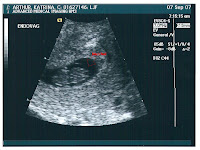 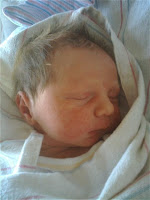 One month old. May 2008
I still love finding them this way. 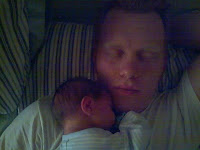 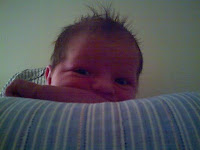 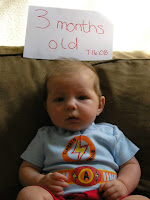 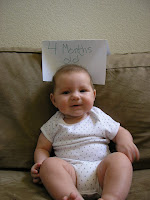 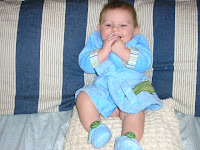 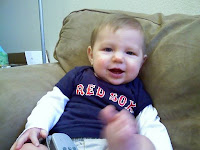 7 months old. November 2008
Hanging at the fire station for Thanksgiving! 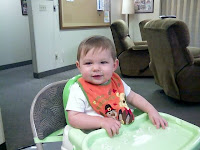 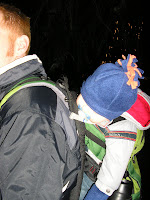 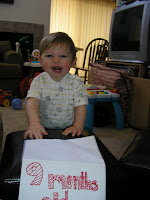 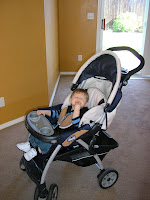 11 months old. March 2009
Already climbing ladders, as sign of what was to come. 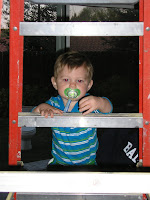 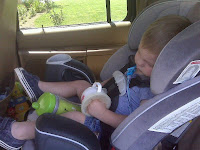 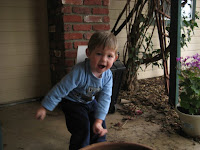 Here are a few pictures of the Easter craze that was our house. The picture are a blur, you try following a 2 year old in search of toys!
Enjoy

Ready for swimming at Grandma and Grandpa's house!

Happenings At the Arthur Place

So here we are into April already! I can't believe how time has flown. Spring has sprung and now aftdr a few blessed weeks of sun, the April weather is here. Wind and rain and some sun keep us guessing as to where we can spend our days. We recently got the backyard grassed and Marty is loving every square inch of it and his sandbox and picnic table. Mommy is loving it too, because he gets all his crazy out with out destroying the house!!!

Check him out in his cool turtle sandbox!

I am currently 36 weeks pregnant and slowly counting down the days. But remembering to treasure the time I get to spend with Marty as my little man and not just the big brother. I can't believe that he will be 2 in just 2 weeks!!! Seems like a life time ago that I was pregnant with him and (if we look into the blog archives) waiting (im)patiently for him to be born.

My nesting instincts are really kicking in right now, dusting, steaming the grout, sweeping, trying to keep up with the laundry, all the good stuff that has to get done anyways but feels like if I don't do it now my head will explode. With George's hard work the nursery is ready and waiting for Michaela's arrival.

But first I am planning Marty's 2nd Birthday Party!!! Nothing to exciting, but he is very into the idea that he will be 2 soon. Plus it will be nice to see all the family and friends, and get to show off the new grass!
Last weekend George and I attended the Fresno Fireman's Ball! It was a great time and I enjoyed getting all dolled up even it I was ready for bed by the time dinner came around. (Yay, pregnancy). Here are a few pics from the "Prom".

The Arthur's
We are a family of seven; George, Katrina, Marty, Michaela, Mackenzie, Frankenstein (our cat)and Sonya (the wonder dog). Respectively we are a firefighter, a mom/athletic trainer/masters student, the three cutest kids, one freaky cat and one crazy dog.

Promote Your Page Too

Create a playlist at MixPod.com